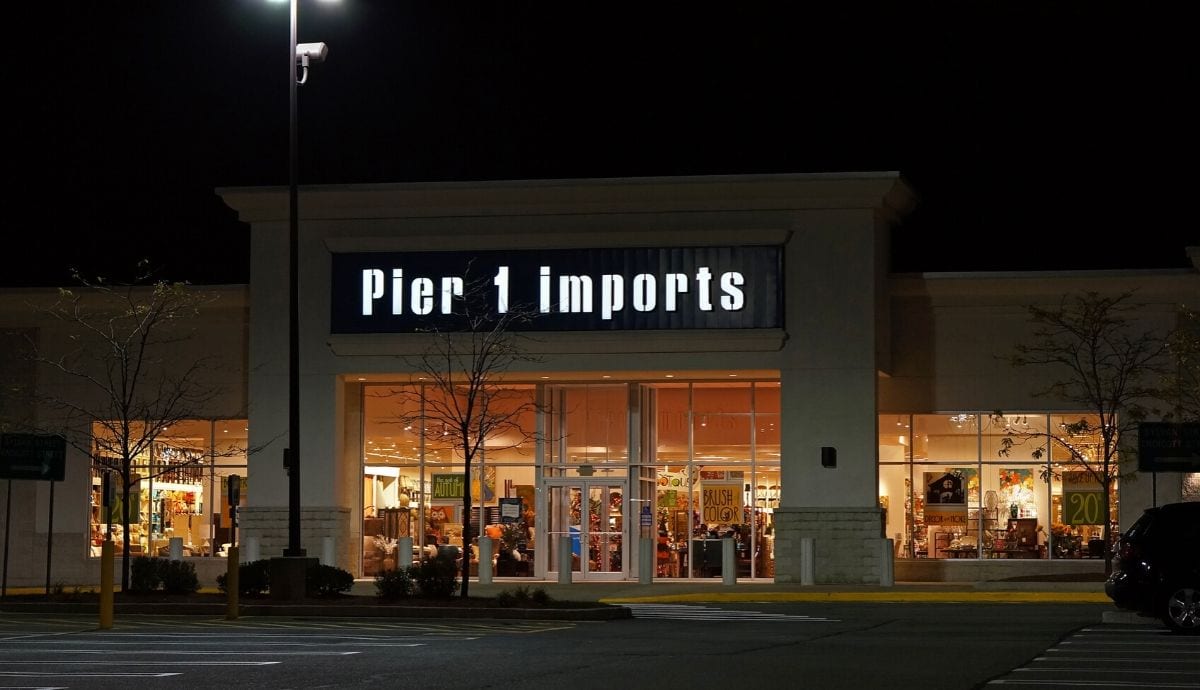 For those of us of a certain age, Pier 1 may have been one of the very first places we went when we started to buy home décor products. Way back when, the store also carried apparel, but it were the home products that caught our eye: the crazy bowls and vases, the candles, the decorative pillows, the tapestry-like wall hangings and the occasional decorative object that defied description.

It was one of the first stores to eschew the treasure hunt school of merchandising and it was nothing if not exhilarating to go into the store and see what you could buy.

That was a long, long time ago and Pier 1 as a special place for a generation ceased to exist for those of us of that era. The store did hold a similar place for subsequent generations but as the retail playing field became ever more crowded – Pottery Barn and Crate & Barrel at first, followed by West Elm, Target’s decor accessories department and CB2 and finally Home Goods – shoppers had a lot more choices. Not to mention a lot more places that played that decorating role a lot better too.

Pier 1 never really evolved and endless mistakes by an endless series of managers usually only made the situation worse.

Pier 1 announced earlier this month it will close its doors – all of them – for good and as such serves as a sad memorial for businesses that don’t keep up with their customers. Not to mention the competition.

It’s been sometime since I was Pier 1’s target customer. But it’s also been a long time since anybody was.